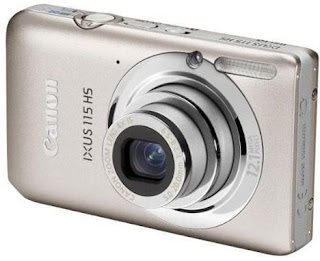 My current camera, a Fijifilm F200EXR, died a death this week. This is the second time it has needed repair in the last year and so rather than pay the costly charge to get it repaired, I decided to purchase a new one.  I used to rate Fujifilm very highly, but they have let me down once too often.  The huge plethora of cameras that are available makes the task of choosing the ideal camera incredibly difficult, but there are resources out there that will help.  Here I have recorded some of the most useful

Comparison tools and detailed specifications
Great review sites
Recommendation lists
Outcome
The two main criteria for the new camera was that it had to be good in low light conditions and it could film reasonable films.  In the end I decide that Canon and its newer "HS" (High Sensitivity) cameras were the way forward as they have amazing performance in low light conditions.  The two I looked at, the Ixus 115 HS and Ixus 220 HS, are equipped with a fast 12.1-megapixel CMOS image sensor, Canon DIGIC 4 processor, a new 1080p full HD video mode.  They are very similar, with the more expensive 220 HS being smaller, with a bit better lens, a 5x zoom instead of 4x, but a smaller LCD screen.  After much debate I plumped for the cheaper Ixus 115 HS as it was less of a risk on a new brand and there is £20 rebate offered at the moment.  Other cameras that we seriously considered: