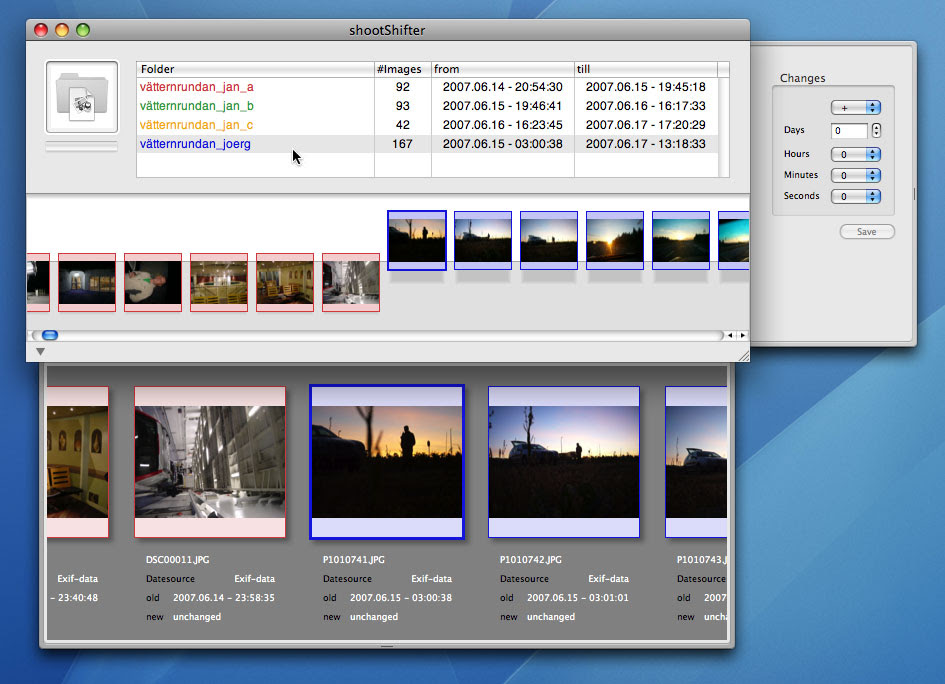 shootShifter 1.1.1 ... redate and rename folders of images on a Mac.

November 20, 2009
Nationwide recently closed down the ability to get OFX statement files. These files were used to get transaction information into Microsoft Money and many other bits of accounting software. You can read more about it at the BetterOnlineBanking.co.uk website. I needed to find a way round this so that I could continue using Gnucash without resorting to typing everything in. Looking around I notices that the QIF format was pretty simple and so I have written two scripts: A Nationwide credit card statement to QIF converter A Nationwide flexaccount statement to QIF converter They are tested to work on both OS X and Linux and have zero requirements. Lets hope that Nationwide sort themselves out and produce a better way to do this. Usage Download the full statement in csv format from Nationwide Download the relevant script into the same directory Make the script executable: chmod +x NWCreditcsv2qif.sh Create the QIF file: ./NWCreditcsv2qif.sh NWCreditOct2009.csv > NWCred
Read more