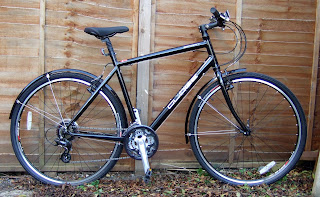 So finally after months of laziness, I have finally ordered and picked up a new bike. It is a specialized globe sport 1997 which is a hybrid bike (mountain bike frame but thinner tires and a few other alterations which make it suitable for road, bike paths, bridal ways etc.). The photos are taken just before I took it out for its first ride, so it was as clean as it ever will be. On the first ride I went around the Epsom and Ashtead common, which was great, but unfortunately I chose a wrong path which was super muddy and so it was completely soiled. At least I won't get sentimental about it and I know that it can take pretty much everything I can throw at it.

I must say it is a super smooth ride and very fast compared to my trusty old bike. I rode to work the first couple of days this week which gave me a great sense of freedom despite the freezing weather. Not too great coming back in the dark but I will get a better forward light at some point. Lost a lot of my fitness but I am sure it will not take too long to get back on track. Unfortunately I have done my back in and so I will take the rest of the week off, probably caused by a combination of me having tweaked it at the weekend and the riding. 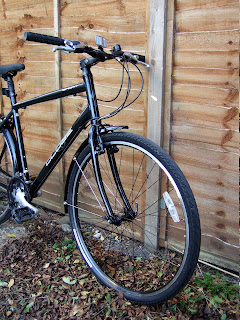 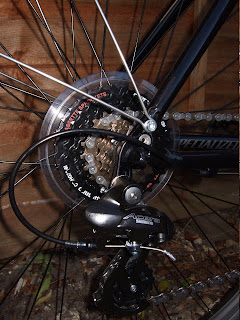